To go along with record low mortgage rates, it is the hottest

start to a year since tracking began in 2004.

With a record low supply of homes available to purchase and staggering demand, the market is extremely hot.

The unveiling of the new Star Wars: Galaxy’s Edge at the Disneyland Resort in Anaheim was met with throngs of eager parkgoers and the line for the Millennium Falcon on opening day was 5 hours long. Movie tickets for the initial release of Avengers: Endgame in April 2019 were extremely hard to come by. It ultimately became the number one box office hit of all time. In December 2015, Adele placed all 50 shows of her Adele Live 2016 international tour on sale at the same time, 750,000 tickets, and they sold out in just 20 minutes. These are all examples of an overpowering demand met with an exceptionally limited supply.

That is precisely what is occurring in the Orange County housing market today. There is an imbalance in supply and demand. The supply of homes is at a record low and demand is off the charts. As a result, the market has been hot from day one of 2021. The only other time that occurred was back in 2013. What 2013 and 2021 have in common are record low mortgage rates. On January 3, 2013, mortgage rates were at 3.34%, slightly higher than the record low 3.31% achieved on November 21, 2012. On January 7, 2021, according to the Primary Mortgage Market Survey conducted by Freddie Mac for the past 50-years, mortgage rates hit a 17th record low since March, dropping to 2.65%. In the past 10-months, mortgage rates continued to drop to record low territory, dropping below 3% in July for the first time ever. The further rates dropped, the more demand soared, and the hotter the market became.

The imbalance of an overpowering housing demand and an exceptionally low supply of available homes has resulted in an Expected Market Time (the time between hammering in the FOR-SALE sign to opening escrow) of 42 days, the lowest level since tracking began in 2004. Only 2013 came close at 47 days. At 42 days it is a Hot Seller’s Market (less than 60 days), where sellers call the shots, multiple offers and bidding wars are the norm, and home values are on the rise. Last year started with an Expected Market Time of 82 days, a Slight Seller’s Market (between 60 and 90 days), where sellers get to call more of the shots, but there are fewer multiple offers and home values are not appreciating much at all. It was at 152 days to start 2019, a Buyer’s Market that quickly evaporated by the end of January with dropping mortgage rates.

The housing market has been fueled by mortgage rates. When mortgage rates climb, monthly payments rise, affordability erodes, and the market slows. When mortgage rates fall, monthly payments drop, affordability improves, and the market heats up. With each of the 17 record low rates achieved in the past 10-months, housing has grown hotter. The record low mortgage rate environment has persuaded more buyers to enter the housing arena. For a $700,000 mortgage, the payment is $2,820 at today’s 2.65% rate, compared to $3,230 last year at 3.72%, a $410 per month savings, or $4,920 annually.

ATTENTION BUYERS: Waiting for the market to get easier for buyers is not the answer. Home values are on the rise and mortgage rates are projected to climb as well. Values are slated to rise between 6 to 8% in Orange County, and mortgage rates will start the year at record low levels but could reach 3.5% by the end of the year.  With rising values and higher rates, payments rise and home affordability will slowly erode. For buyers, waiting is not an option.

ATTENTION SELLERS: Pricing close to a home’s Fair Market Value is fundamental to obtain the highest possible net proceeds. Overpricing in today’s market is not advisable and will only result in fewer showing and fewer offers. The key to tapping into the current Hot Seller’s Market is to take advantage of the hordes of buyers waiting for more homes to hit the market. A realistic price will attract multiple offers and a bidding war will ensue. To become the winning bidder, buyers often stretch above the asking price.

The current active inventory started the year at its lowest level since tracking began in 2004.

The active listing inventory shed 42 homes in the past two-weeks, down 2%, and now sits at 2,633, its lowest level since tracking began in 2004. On January 1st, the inventory dropped to 2,522; thus, it is already on the rise, adding 111 homes, or 4%, in the first seven days of the New Year. From here, expect the available number of homes to purchase to rise slowly. Typically, a lot more homes become available during the spring, which is not until March. Until then, with exceptionally hot demand, homes placed on the market will not last long, entering escrow quickly after entertaining multiple offers. In March, as more homes come on the market, the inventory will rise until peaking sometime during the summer.

Last year at this time, there were 3,901 homes on the market, 1,268 additional homes, or 48% more. There were a lot more choices for buyers last year.

Demand dropped by 14% in the past two weeks.

Demand, the number of new pending sales over the prior month, decreased from 2,195 to 1,895 in the past couple of weeks, shedding 300 pending sales, down 14%. It is the strongest demand reading for a start to a year since 2013’s 2,031 pending sales. That was an entirely different market, as 32% of all pending sales were either a short sale or foreclosure. Today, demand only includes 4 short sales and foreclosures, 0.2% of demand. From here we can expect demand to soar upward through March as more homes are placed on the market with the holidays in the rearview mirror. In March, demand will continue to slowly improve until peaking sometime between April and May.

In the past two-weeks the Expected Market Time increased from 37 to 42 days, its lowest level for a start to the year since tracking began in 2004 and is a Hot Seller’s Market (less than 60 days), where sellers get to call the shots during the negotiating process and home values are on the rise. Last year the Expected Market Time was at 82 days, much slower than today.

The luxury market slowed slightly in the past two weeks.

There has been a big change in Orange County’s luxury home market. Luxury is defined as the top 10% of an area. For all of Orange County, it reached $1.25 million in 2016. The bar for tracking luxury increased from $1 million to $1.25 million. The luxury home market surged in 2020. As a result, the bar for luxury has changed once again and is now at $1.5 million. From this point forward, luxury will now be defined as $1.5 million and greater for Orange County.

In the past two-weeks, the luxury inventory for homes above $1.5 million shed 29 homes, or 3%, and now sits at 975. At the same time, luxury demand decreased by 16 pending sales and now sits at 249, down 6%. With a larger drop in demand, the overall Expected Market Time for luxury homes priced above $1.5 million increased from 114 to 117 days in the past couple of weeks. Luxury is at a very strong level for a start to the year.

Expect the luxury market to continue to improve as the year unfolds and will peak sometime during the Spring Market. It will begin to slow at the end of summer.

Year over year, luxury demand is up by 88 pending sales, or 55%, and the active luxury listing inventory is down by 220 homes, or 18%. The Expected Market Time last year was at 223 days, nearly double where it stands today.

·       The active listing inventory decreased by 42 homes in the past two-weeks, down 2%, and now totals 2,633, its lowest level to start a year since tracking began in 2004. COVID-19 is not suppressing the inventory despite the surge in cases. In December, there were 24% more homes that came on the market compared to the prior 5-year average. Last year, there were 3,901 homes on the market, 1,268 additional homes, or 48% more.

·       Demand, the number of pending sales over the prior month, decreased by 300 pending sales in the past two-weeks, down 14%, and now totals 1,895, its strongest start to a year since 2013. COVID-19 has no effect on demand. Record low rates are fueling today’s exceptional demand. Last year, there were 1,434 pending sales, 24% fewer than today.

·       The Expected Market Time for all of Orange County increased from 37 days to 42, a Hot Seller’s Market (less than 60 days).  It is the strongest reading to start a year since tracking began in 2004. It was at 82 days last year, much slower than today. 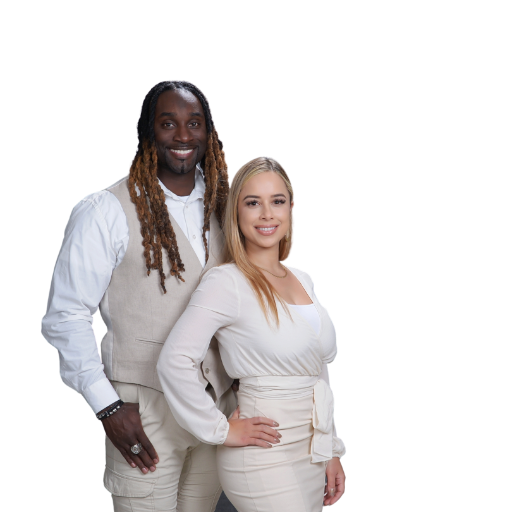 We're Realtors with Nationwide Real Estate Execs in Orange County, CA and the nearby area, providing home-buyers and sellers with professional, responsive and attentive real estate services. Want an a....

January 11, 2021 To go along with record low mortgage rates, it is the hotteststart to a year since tracking began in 2004. Hot Seller’s MarketWith a record low supply of homes

By registering, you agree to our terms of use and that real estate professionals and lenders may call/text you about your inquiry, which may involve use of automated means and prerecorded/artificial voices. You don't need to consent as a condition of buying any property, goods or services. Messages/data rates may apply.